You don't have javascript enabled. Good luck with that.
https://www.zlookup.com/ 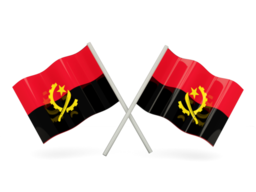 Lookup any phone in Angola for free.

You can now reverse lookup any Angola based phone number straight from your computer. Are you getting phone calls from a number in Angola and want to know the true owner? Not a problem! With ZLOOKUP, you can do that in seconds.

Just enter the phone number using the dialpad above and leave the rest to us. We get phone ownership data from telco companies around the world including Angola. We keep in up to date so you never have to worry about the freshness or accuracy of the data.

We will magically find the true owner of the phone. Being able to enter the phone number and find out who owns the phone is called number lookup or name lookup using phone number. ZLOOKUP is the best source for looking up phone number owners.

We all always run into situations where we have received a phone call from Angola and we want to find out who owns the phone. With ZLOOKUP this is now possible. We make is simple to lookup names using phone numbers for more than 1 billion unique phone numbers including all phones in Angola. We are now trusted site for millions of users around the world who use our technology to lookup phones in Angola.

How can I lookup owner name for phones in Angola?

Zlookup is your only choice. We offer free lookups for all countries. The process is simple and completely free. You do not have to sign in or sign up to reverse lookup phones in Angola.

How many phones can I lookup in Angola

You can lookup as many phones as you want. We try to keep our reverse phone lookup service free for all.

Please share us. This is all we ask in return to help us support this site